How to Improve Conversions on Direct Mail Campaign 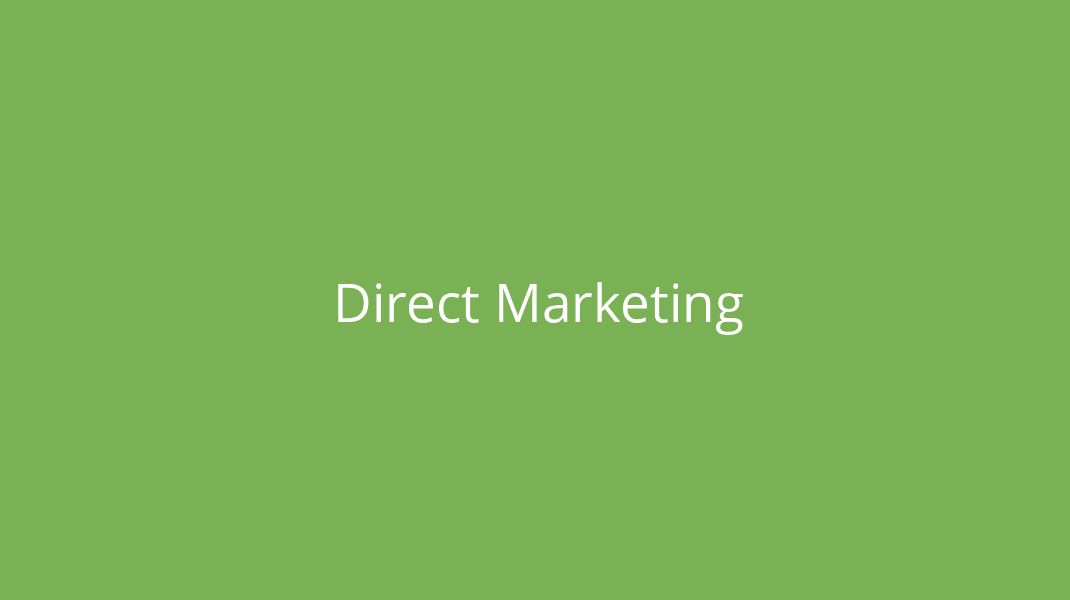 When marketers start direct mail campaigns, they might as well shout, “Show me the money!” That’s because the channel’s advocates say they will soon be seeing dollar signs, much like Cuba Gooding Jr.’s character in “Jerry Maguire.” Also, while Cameron Crowe didn’t pen the phrase “target, personalize, track,” those are the keys to direct mail conversions that read like the screenplay to effective marketing strategies in this channel.

And there are ways to improve direct mail conversions. For one, marketers need to have a clear goal for the direct mail campaigns — right from the first send.

For many brands, direct mail is the marketing workhorse. They often find it an effective marketing strategy for customer and donor acquisition, with some adding in email as a retention tool. This marketing channel can also be an ROI powerhouse.

Direct mail campaigns work to acquire customers. About 52% of marketers recognized that fact in 2017, investing in the channel for that purpose, Target Marketing reported in the January/February issue of the magazine. The "2016 Media Usage Survey" similarly showed that a little more than half of marketers used direct mail campaigns to acquire customers in 2016 and 2015.

In October 2017, Carestream revealed to Target Marketing that the company debuted its Carestream Touch Prime Ultrasound System product via direct mail in order to acquire buyers. The direct mail campaign targeted 1,400 radiology administrators in North America, sending them a 10-inch-tall replica of the machine. Carestream saw $7 million in sales opportunities in a year $15 million total in pipeline as of October.

Tina Kilby of Structural Graphics commented below the online version of the case study about the quality of this direct mail.

“Structural Graphics hand-assembled this piece,” Kilby wrote. “I was the salesperson on the project, and our designer Erik Hluchan was the paper engineer that meticulously designed the structure. We collaborated with Verdi Group, who did the graphics. It was an exciting project and it was the [second] one we produced for Carestream.”

Marketing budgets for direct mail campaigns aimed at retaining customers were literally the same — 51% of marketers employed the channel for this purpose — in 2017 and 2015. These Target Marketing “Media Usage Survey” numbers for direct mail retention allocations show marketers may be more bearish on this channel because lately, the focus has been on growth — or customer acquisition, reads the analysis from Target Marketing Editor-in-Chief Thorin McGee in a February 2016 article.

USPS finds consumers are more engaged with direct mail since 2012, with most retrieving and sorting their mail on the same day they receive it. Full-service direct marketing agency IWCO Direct recently interprets this as meaning consumers have “a high value of mail.”

Before getting into the cross-channel benefits of direct mail itself, there’s more USPS research to explore regarding whether consumers value mail. The postal service asked its Informed Delivery users how often they looked at the emails USPS sent them regarding the pictures of the physical mail they received that day. About 95% of recipients open those emails every day or almost every day, USPS reported in July 2017.

Starting with direct mail in every case — from donor acquisition to large fundraising campaigns — City of Hope primarily uses email and then other channels to support the mailed print pieces, according to a June 2014 cover story in Target Marketing. During its direct mail campaign highlighted in the cover story, City of Hope used the mail channel to build up its email list and to complement direct mail efforts; thereby, increasing donations. Layering in email increased conversions, with “gross revenue per thousand recipients [growing] from $69.86 to $246.29.”

It can’t get more personal than one cancer survivor talking to another, said City of Hope’s head of the annual giving campaign that Target Marketing detailed. It’s far better than simply including the recipient’s name. And data about potential donors helped City of Hope target this cancer survivor segment, but privacy laws meant the direct mail campaign had to be strategic about targeting this segment.

"There were certain artful ways of phrasing to allude to a common experience," Chapman said, "in the second-person plural, 'we' language, starting with the patient standpoint, from the signer, and then talking about how 'we,' speaking for patients — though never specifically stating that the recipient was a patient."

Brand United recently showed how Amara — a brand bringing luxury style to homes — engaged with customers using personalized direct mail with tracking codes, and will later add in QR Codes. (This is a tech that may see increased use now that it’ll be a built-in app on phones that won’t suck as much battery juice, Lily Harder, VP of research at Mintel said during her All About Direct Marketing Virtual Conference and Expo presentation on June 28.)

“Direct mail,” says Tom Freeman, Amara’s head of digital marketing, “has expanded Amara’s reach, promoted our brand and relieved the pressure on our email campaigns, to which only 40% of our customers subscribe during the checkout process. Today, we are using the inserts to reach the remaining 60% and it has made a difference.”

Andrew Curran, CEO of Amara marketing partner Retain.me, adds, “The logic that drives the content is improving and we are seeing great impact, especially in the areas of abandoned cart and abandoned browse. In the future, we will integrate QR Codes for tracking, a concept that has recently gained traction since the iPhone can now scan a QR Code with its internal camera, rather than a third-party app.”

As a result, Freeman says Amara achieved a 50% growth in sales from the first-time buyers campaign by adding direct mail.

Read the rest of this article here